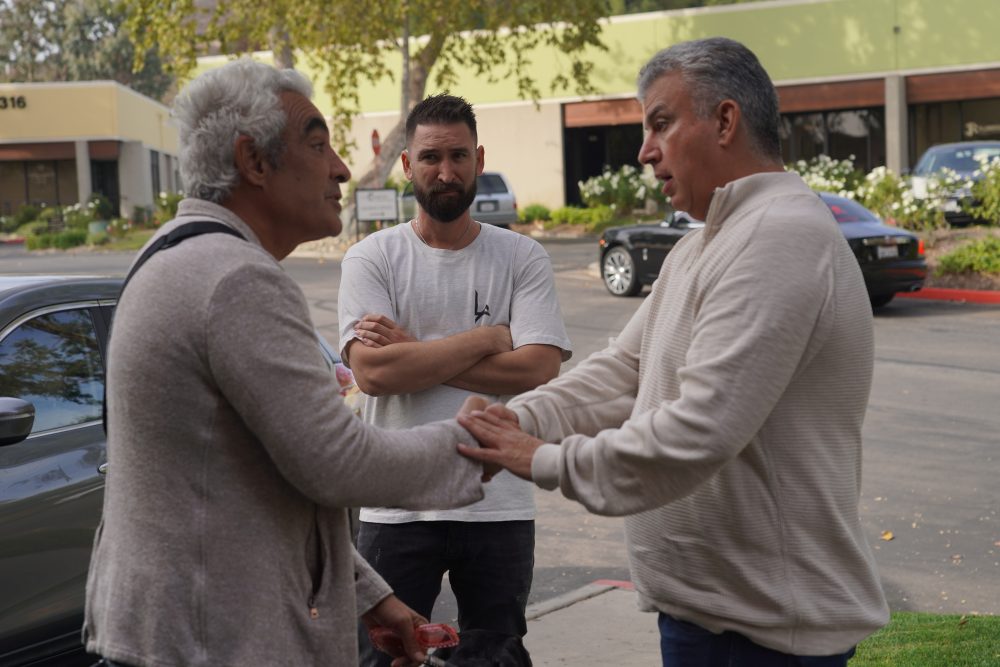 It looks as if Ray J may be throwing his hat in the political  ring in support of 2022 LA County Sheriff’s candidate Matt Rodriguez.

The actor/producer was feeling energetic after recovering from his recent bout with pneumonia as he demonstrated how to create a successful marketing campaign to attendees.

Ray J’s marketing and messaging masterclass was an exclusive event by Agents of LA to introduce Matt Rodriguez to a vibrant network of civic minded celebrity supporters.

Alki David’s traveling Holiday Holographic display can be visited at Westfield Topanga now thru Christmas and offers children and their families a opportunity to meet Santa Claus safely during the pandemic.

Agents of LA’s Tai Savet says, “We are excited to find a candidate in Rodreguiz who is willing to bring accountability to the LA Sheriff’s department.”

Rodriguez credentials include being a former LA Sherrif’s Captain. He supports police reform, champions the African American community, and is pro cannabis. Rodriguez has taken a tough stand against Sheriffs Gangs.

Rodriguez’s platform is one based on “R.E.S.P.E.CT. He serves Responsibly, Ethically, Sensibly, Professionally, Empathetically, Civilly and Transparently”, per his website rodriguezforsheriff.com .

Look our for this candidate as the race for LA Sheriff heats up in 2022.

Are you a member of the BIPOC (Black, Indigenous, and People of Color) community? It’s no secret that many of the things that we humans need to survive and thrive in this modern world are...
Read more
January 14, 2021